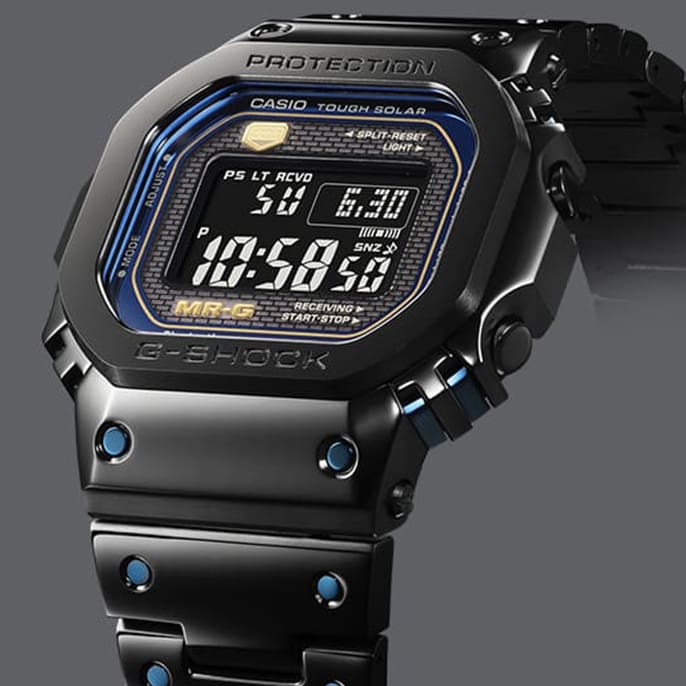 G-SHOCK, the watch that brought  the new concept of  toughness to the timepiece.

It began with a reckless challenge  to the conventional wisdom of the day,
a developer’s belief that  it was possible to construct a watch  that wouldn’t break,
even if dropped, Project Team Tough was formed  to build it in 1981.
The team created  over 200 prototypes  one after another over a period  of about two years.
They finally arrived at  a shock-resistant structure.
This marked  the birth of a technology  that is tough to the core.

And G-SHOCK has  continued its unceasing  evolution ever since,
in pursuit of greater toughness  in every respect,
from structure  and materials to functions.
Today, the development team’s  passionate challenge
and constant efforts  have reached fruition  in Triple G Resist,
a structure with the strength  to withstand 3 types  of gravitational acceleration.

In its pursuit of usability  under any circumstances,  moreover,
G-SHOCK realized installation  of Smart Access,  a system assuring agile,  reliable operability.

Stronger than ever,  and targeting even greater strength,
G-SHOCK’s challenge is never-ending.

KARATS is the ultimate watch store in Kansas City featuring over 25 watch brands to choose from.